It's time to unleash your feminine energy

Posted by The Coaching Room

In 300 years from today, will what you do really matter? It's a question that has been asked by many people, and most of the time, the answer to that question is "No, it's not going to matter". But international speaker and mindset coach Nazrin Murphie has a different point of view. She argues that what she has to say today, what we all have to say today, matters to each and every single one of us.

Why is it, that after almost 300 years, the feminist movement is still not being affective? Why is it that just 7% of the 500 top companies in the world is represented by women? Right now, in Australia, we have a 26% representation by women in our government. But we're not here to write about inequality, because there is something far more sinister and grave than gender inequality, and it is the energy crisis. Coach Murphie believes that the energy that we are bringing to our organisations is what brings so much masculine energy and not enough feminine energy. 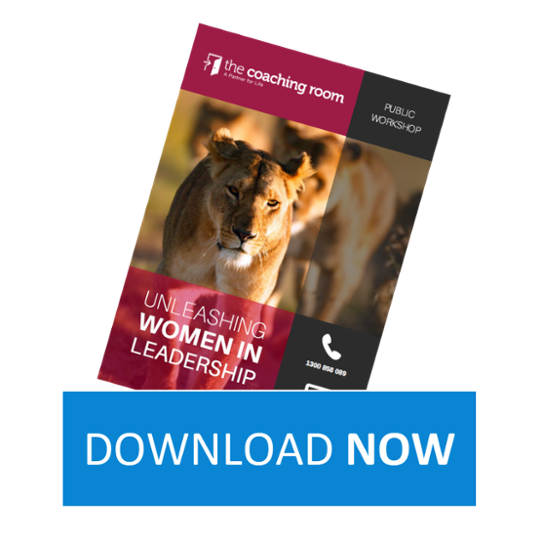 This is happening in our society, all because it is happening within each and every single one of us, individuals. This energy concept is not provable by science yet, and that is not surprising, since science is a very masculine way of being. This means that we don't have proof that it actually exists, but all cultures have tackled  this since ancient times: the Yin and the Yen in the Chinese culture, Horus and Ra from Ancient Egypt, and Adam and Eve in Abrahamic religions.

It is hard for us to tap into this feminine energy of ours, because we were brought up in masculine societies. Our education system is set up in a masculine way, and that makes it very difficult for everyone to let their feminine energy thrive. Achievements, goal setting, competition, all of these are part of this masculine energy we're talking about. We were encouraged to compete and be the best, so we continued to do that, and let our feminine energy go.

Feminine energy is the greatest, untapped, underutilised natural resource we have, and each one of us has access to it right now, and women can access it much faster and easier than men. It is all about setting intentions, not goals.

We mentioned feminism at the beginning of this blog, and here is what's interesting about it: the movement works in a way that is very masculine. But we are fighting this battle in the wrong way, because, if we want to be able to change the world, we can do it today, by turning on our feminine energy.

How to do that? Here is some advice from coach Murphie:

Feminine has been oppressed over thousands of years, and we have suppressed it without knowing. But no longer will we be wrong for unleashing our feminine energy. No longer will we be burned at the stake for being mystical or magical. Now is your time to shine!

As you let your own feminine energy thrive, you will unconsciously give  others around you the same, women and men. As coach Murphie said: "Now is time that we put down the feminist movement and we pick up the humanist movement."

Written by The Coaching Room

We deliver top quality NLP and Leadership courses in Sydney, Melbourne, and Hobart, as well as Executive Coaching services. Call us on 1300 858 089 and we'll show you the next level.